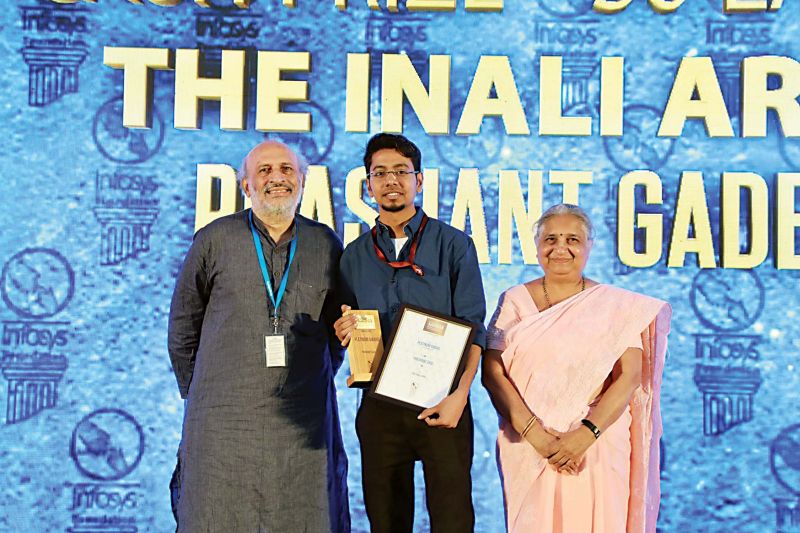 “The awards were conceived as a means of creating impactful change at scale by encouraging people to address social challenges in India. I want to do this every year and would like to see more hidden talents participating. Infosys Foundation is committed to providing continued encouragement for such innovations and helps scale their impact to change the lives of those in need,” she added.

The prosthetic arm designed by Prashant Gade has sensors that read that signal coming from the brain resulting in the movement of the limb. “This prosthetic arm is affordable and this sets it apart. Most of the upper limbs are imported, thus the costs are very high. It took me three years to come up with this,” he said.

Prashant confirmed that the prosthetic arm designed by him could be used by the members of the armed forces who have lost their limbs in conflict and wars. “I am visiting the government to understand their needs and requirements and the standards they have set,” he summed up.

Sumanth Mudaliar talked about his innovation, Handicare, a mobility device for the specially abled that does not let them use their hands to move around. “We found that there were hygiene issues since they use the hands on the road to move around and eating as well. We worked on this device for a year and a half and provided 300 devices at a cost of Rs 2,300. We are trying to pitch this idea to the Union Government that is working on Accessible India Campaign,” he said.