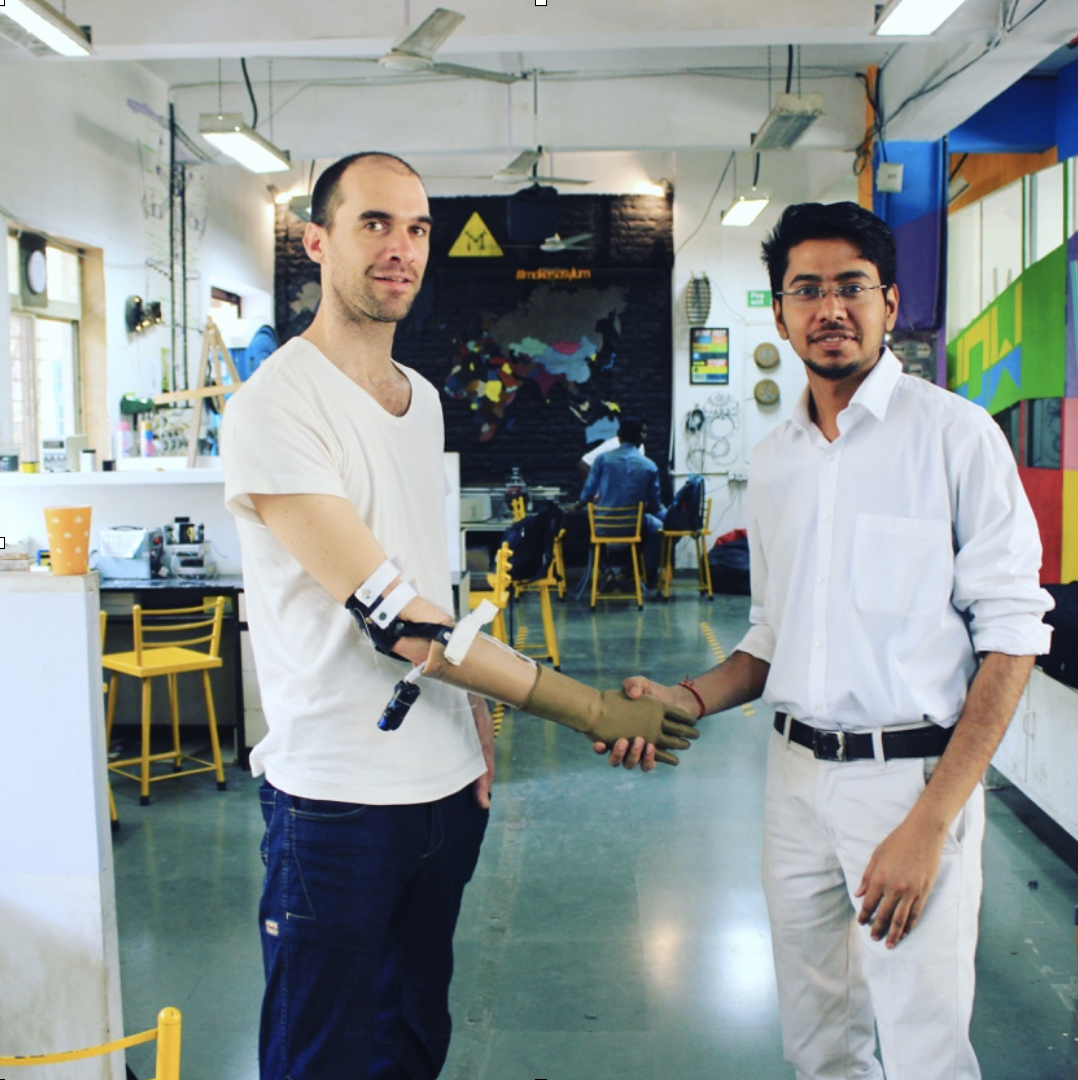 Meet Prashant Gade, a man from Khandwa, Madhya Pradesh, who overcame doubt, dilemma, and discouragement, to find his direction and create a robotic prosthetic arm, that has now given thousands a new chance at life.

He always dreamed of becoming an engineer and creating innovative devices that could have a social impact. So when he finally enrolled in an electronic engineering course, it was a dream come true.

But, his high spirits were short lived.

“My idea of education was very different from the reality there. Every time I would approach a professor with a new idea, he would first ask me about my grades. The world there was more inclined towards grades and rote-learning than real, practical education. I could not align myself to this attitude that discouraged creative thinking. It was a huge let-down, and I felt like my bubble had just been burst!” he tells The Better India.

Following this disappointing experience, he dropped out of college in the final year, in pursuit of real experience and learning.

“I was looking for a job when I came across a post on Facebook about a robotics course. My long-term interest in the field helped me find the right avenue,” says Prashant, who enrolled for the six-month FAB training course in Pune. It was a distance course, being conducted under the aegis of the Center for Bits and Atoms of the Massachusetts Institute of Technology (MIT).

He had to complete a project to graduate from the course. While searching for inspiration, he came across the story of Nicolas Huchet, a Bionico hand-maker, who after losing his hand in an accident, made himself a bionic arm.

A rocky road ahead

“I was inspired by his work and began creating a prototype, but an unfortunate incident inspired me to begin work in this direction. While in Pune, one day, I came across a seven-year-old girl who was born without arms,” he shares.

Prashant’s device was far from ready, so he decided to gift the little girl prosthetic arms. He was shocked when he found out the cost! Firms not only in India, but also China, USA, and Europe stated approximately Rs 24 lakh for two arms.

“Plus, being a kid, she would have to get the art changed every two years as she grows older. How can a person afford that kind of expenditure?” he exclaims.

The pertinent question pushed him to create an affordable and more effective alternative.

“Research revealed that every year, over 40,000 people in India lose their upper arms, and 85 per cent of them continue to live without any solution, the majority of whom come from economically underprivileged sections. This gave me an idea about the potential of my innovation and how it can impact people in and beyond the country,” he adds.

Just 23 at the time, he began his quest to perfect a low-cost semi-bionic arm. He wanted to dedicate himself to finding a solution and use it for social good, free of cost.

But resistance towards his plan on the grounds of practicality continued to come his way.

“Many people said that I was stupid to throw off a comfortable life that engineering promised. My parents were also not convinced. They thought this to be too early to work for social change. My father advises me to work on myself first before working for others, and so, enrolled me into another computer science course. But I was not going to let go. I continued and tried getting funds through various avenues. Although I did not get any at first, my idea impressed the Technical Secretary of Jaipur Foot, who soon gave me a seed grant to design seven such hands,” he says.

Overwhelmed, Prashant took a photograph of the cheque and sent it to his father.

“I wanted to let him know that I was dropping out again. Only this time, I knew what I was going to do. He just replied that he respected my decision. Then, I was on my own, travelling to Jaipur for real experience,” he adds.

Working there had its challenges. In a new city, he had to pay for his rent, food, travel and other expenses.